In accordance with legislation and the articles of the company, it is the task of the Supervisory Board (SB) to supervise the policy of the executive board and the activities of the company, as well as to offer advice on these matters. In performing its duties, the SB weighs up the interests of all stakeholders internal and external to the organisation and strives for long-term value creation. In this report the SB reports on its work in 2013. The SB recommends the shareholders to adopt the annual accounts.

On 31 December 2013 Mr P.J.W.G. Kok resigned after accepting a full-time position elsewhere and the consequent need to reduce his number of supervisory board positions. The other members of the SB are Mrs K.M.H. Peijs, Mr P.A.F.W. Elverding, (chair), Mr J.D. Doets, (vice-chair), and Mr N.H. van Halder. Mr Doets is due to retire at the General Meeting of Shareholders (GMS) in May 2014. At the meeting, names for possible successors to Mr Kok and Mr Doets will be put forward.

According to the guidelines of the Dutch Corporate Governance Code, four members of the SB are independent. Mr Elverding is not formally independent considering his supervisory board position at ING, one of the shareholders. This was discussed and accepted during General Meeting of Shareholders held in June 2009. It has also been agreed that Mr Elverding will abstain from voting where there may be conflicting interests based on his other position.

During the year under review, the composition of the executive board (EB) changed. Mr W.T.J. (Wim) Das was succeeded by Mr R.A. (Rob) Vroom as CFO. Mr Vroom was appointed on 1 July 2013. On 27 September 2013, we announced that Mr E.J.M. (Ward) Vleugels will retire at the GMS in May 2014. The SB is working on finding a successor. Both individually and as a whole, the performance of the EB was independently assessed by our SB in the year under review.

In 2013, the SB held five regular meetings with the entire executive board (EB), according to the meeting calendar. At these meetings the supervisory board members were fully informed of the financial, operational and strategic developments, risk analyses and objectives. As usual, discussions were held on many topics including the previous year's annual accounts, dividend policy, the business plan, corporate governance and the remuneration structure for the EB and SB, and the CSR policy. The SB was present at five informal meetings of the EB with the shareholders regarding the internal Opco-Propco restructuring.

In 2013, special consideration was given to:

The SB determined that Q-Park's external auditor was independent.

The SB also met several times without the EB being present. During these meetings the SB evaluated its own performance. In addition, the general policy of the EB was discussed and the performance of the individual members was assessed. Between the meetings, the SB regularly talked to the EB as well as among themselves.

The audit committee met six times in 2013. During these meetings the following topics were discussed:

Mr Van Halder (chair) and Mr Kok comprised the audit committee. In 2013, the committee met in the presence of the external auditor, the executive board chair and the financial director. Between meetings, the audit committee and EB also consulted and during the period that the CFO position was vacant, the members of the audit committee maintained intensive contact with the EB regarding ongoing affairs.

During the year under review the remuneration committee met twice and in addition consulted regularly among themselves and with the EB regarding ongoing affairs. The following matters were discussed:

In 2013, Mrs Peijs (chair) and Messers Elverding and Doets formed the remuneration committee.

During the year under review the nomination and governance committee met twice and in addition consulted regularly among themselves and with the EB, mainly to discuss the vacancies in the EB and SB. The following matters were discussed during these meetings and informal contacts:

During the year under review Mr Elverding (chair), Mrs Peijs and Mr Doets formed the nomination and governance committee.

In 2013 three GMS were held; in May, June and December. During these meetings the 2012 annual accounts were discussed and the dividend over 2012 was set. In addition, the remuneration structure for the EB and SB were reconfirmed. The GMS approved the budget for 2014 and took note of the Business Plan 2014-2017. On the recommendation of the SB and after consultation with the EB, the GMS reappointed the external auditors EY for the 2013 financial year.

Proposal to the shareholders

The board would like to thank the executive board, the management and all Q-Park employees for their dedication, creativity and mutual collaboration in Q-Park's challenging circumstances in 2013. 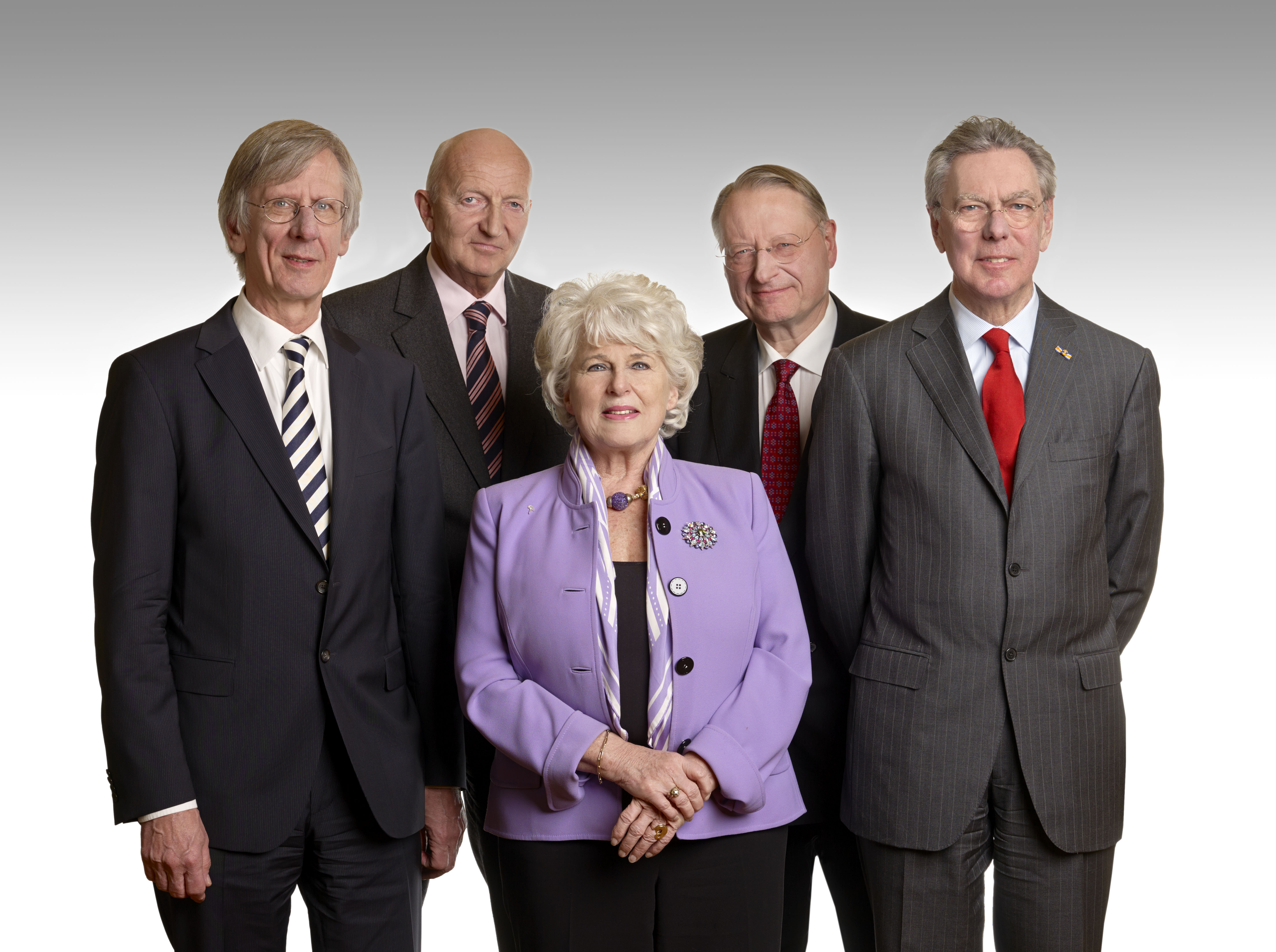